Architecture for Refugees 01 – From Field to Field BOOK 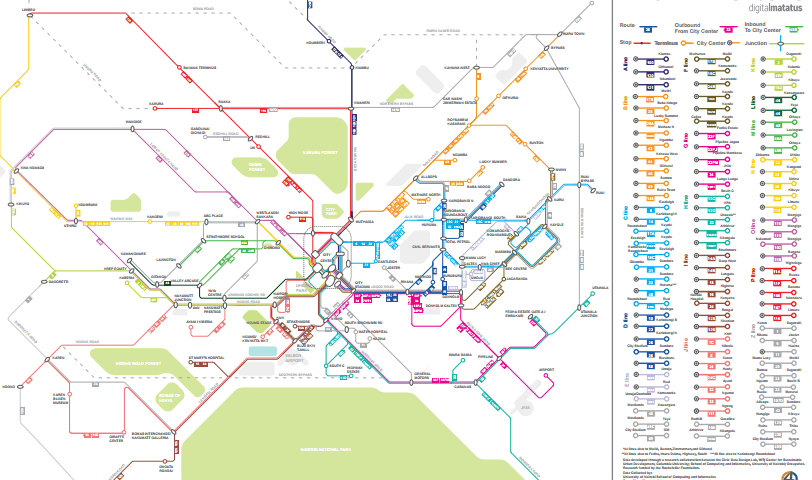 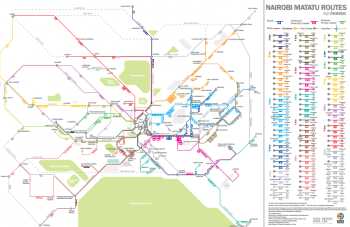 Map of matatu network, from DigitalMatatus.com

Though not explicitly designed around refugee camps, the data collection and processing tactics of the Digital Matatus project (run by MIT, the University of Nairobi, Columbia University and Groupshot) has the potential to be useful for other informal urban systems. The team worked with drivers in the semi-formal matatu transit system to collect route data using mobile phone GPS technology. The team was then able to generate stylized maps and a GTFS dataset to load matatu route data into Google Transit alongside the formal Nairobi transit system.

By creating a method for formalizing these networks into a commonly used data format, informal transport networks developed around any settlement can be integrated into digital wayfinding apps like Google Maps. For long-term refugee camps, this process can support the creation informal transport businesses and allows transit planners in urban areas to link their network.