Why isn’t the profession seeing refugee camps as architectural projects?

A family starting a new life far from their home

“The largest refugee camp in Jordan is on its way to becoming a permanent settlement. A new report shows how people fleeing Syria have brought creativity and innovation to their new homes
From their first arrival in Jordan, Syrian refugees have been challenging the way that the international community provides aid. When the Zaatari camp (population 83,000) was established in 2012, refugees, arriving by the thousands, were issued with tents. The tents were pitched on a selected plot by an international agency, and families would watch as the organisation erected them.
Once it was completed, they would immediately recruit a 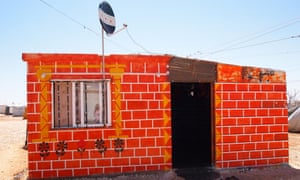 youngSyrian to take it down and move it to a location in the camp that was near to their family or friends, seeking to reconstruct the housing layouts from their community inSyria.

In response, the agencies began to distribute the tents directly instead of pitching them for the new arrivals.Later on, the shelter programmes started supplying donated ‘caravans’. Like the tents, the refugees wanted them to be situated in proximity of their family needs.

A demand was in turn created for services to move the caravans when they were first distributed, and later when refugees sold them on.

To meet this demand, groups of Syrian welders took fence posts from the camp walls to use as large axles and attached wheels to them – creating a carting device to push the caravans around the camp. These ‘removal men’ had creatively responded to a demand to recreate, as best as possible, the social lives of the displaced Syrians. One humanitarian worker says it seems that now “organisations are trying to keep up with the refugees”. 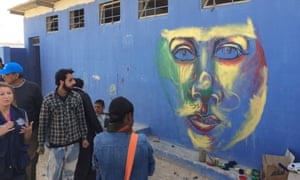 But this organic movement of the plots in the camp created some challenges – it is sometimes difficult for ambulances and other vehicles to travel through designated roads because homes have been placed there, and wastewater systems cannot be fully designed. “People will always find creative ways to use the resources available to them, to beat the system and to change the system to address their own priorities. It might be against our assumptions, but we have to embrace it, and acknowledge it,” another international aid worker said.
Others in the camp show a strong sense of community in the ways they try to help each other. Refugees in Zaatari have used their creative skills to make homely and welcoming features in their caravans, such as making their own furniture. Much of it is made from the same wood panelling from the caravan floors, and is readily and cheaply available in the local markets.

Yet the owner of one of the largest carpentry businesses operating in the camp says that his ideas for his business initiatives and work here in Zatari come from a “…desire to be creative, and the needs here have forced me to be creative and not to dwell.”

Syrian refugees have proved to be incredibly resilient and adaptive in face of the current political and economic pressures from the government and aid agencies. One refugee says: “People bring with them traditions and other circumstances and try to keep their traditions here in the camp.” For example, some display small birds outside their shops – a common pastime among Syrian people – and for many, having birds in the camp helps them to forget about the hardships they have experienced.”

Text and pictures from: www.theguardian.com