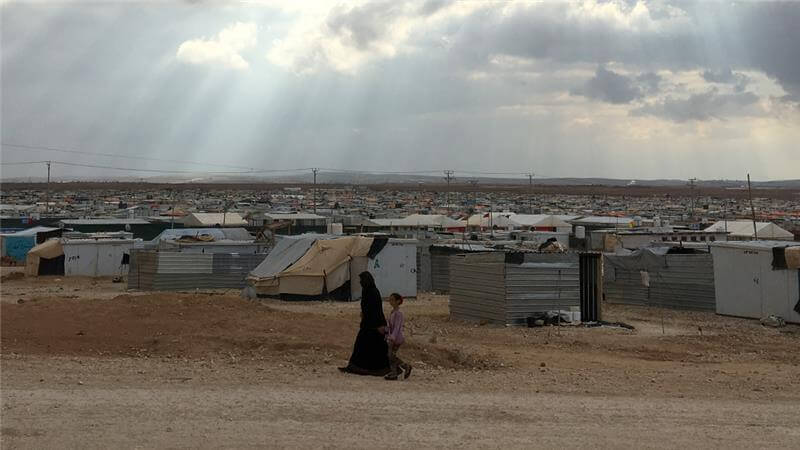 Some of those stranded in a Jordanian refugee camp say they would rather wait to return to their homeland. Ahmed, 33, who did not provide a last name, wears a smart jacket and sips cola in a cool cafe in the part of the camp reserved for visitors and aid staff, having secured a job with an international aid agency. Meanwhile, 55-year-old Ahmed Ali, a father of 14, spends his days in the blistering sun, running a ramshackle stall where he sells bikes, wheelbarrows and discarded, rusty bric-a-brac on an unpaved road in the desert camp.

Yet both men are in full agreement about one thing: Despite the war that has forced them to flee their country, it is not Europe or North America that they ever intend to call “home” – rather, that title will always be reserved for their native Syria.

“I love my country; I want to go back,” Ahmed Ali told Al Jazeera. “We used to have land, houses, farms and cars. We were happy, and we had enough food.” ”