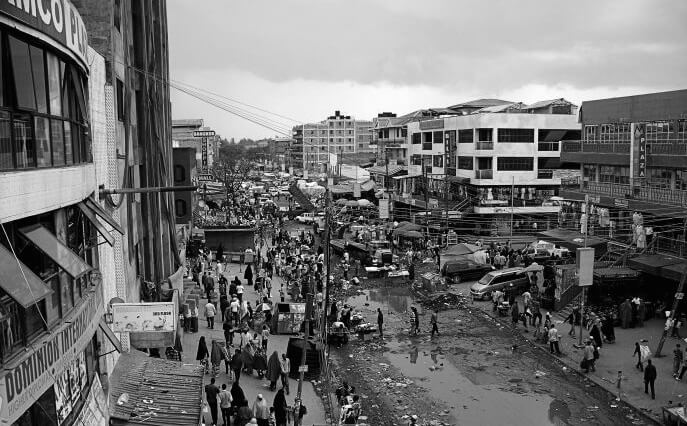 “Refugees often represent one of the weakest and most vulnerable members of a society. They are conceived of as a unanimous mass, warehoused in refugee camps and more often than not can’t decide upon the context and circumstances of their lives. The physical location is a key factor for this powerlessness. Refugee camps are usually located in remote areas. The distance to a social, cultural or economical context limits the possibilities of refugees and creates a dependency on humanitarian aid. Cities and urban regions on the other hand could provide refugees with the potential of exchange on various level and therefore with a certain level of independence. It is exactly because of this reason though – seen as unfair competition by a local population and politicians – that many countries deny refugees their rights to settle in urban regions. A consciously controlled impotence is created, which only strengthens the image of the refugee as a passive recipient of assistance and charity. Urban refugees represent a minority amongst displaced people. Especially in Africa, the continent currently most affected by forced migration, only about 10% of refugees and internally displaced people are settled in an urban context. The few examples of urban refugee communities though paint a different picture to the one of the refugee as parasitical profiteer. Arising from the pressure of self sustainability, their (at times existential) willingness to occupy niches, and the international network that refugees are often embedded in, very complex and lively urban conditions can arise which are of benefit to the local population as well as to the refugees themselves.

Read the writing of Manuel Herz!