Refugee caps are the “cities of tomorrow”, says humanitarian-aid expert

Architecture on the Move: Refugee Dwelling in Amsterdam 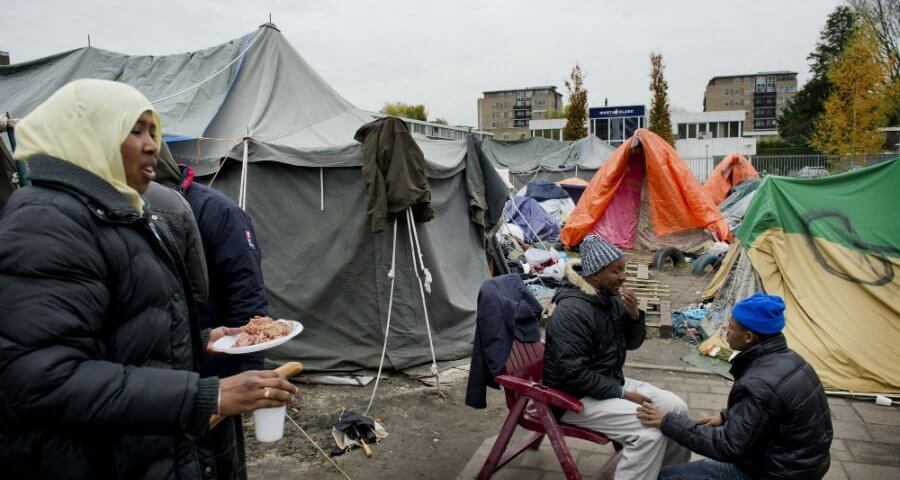 “In the last few months groups of refugees have been campaigning to attract attention to their precarious position. Currently their applications for asylum in the Netherlands have been rejected, but they are unable to return to their country of origin for various reasons. The most important tool of their struggle has been the creation of a permanent presence in public space, which has resulted in the expansion of the architectural typologies related to the spatiality of migration. Currently they do not only consist of almost invisible structures, but also of a highly visible presence in the urban fabric.”

from René Boer’s article on the Failed Architecture’s site!