Winter is coming: the new crisis for refugees in Europe

WOHNRAUM FÜR ALLE – DREAM-HOME FOR EVERYBODY

Winter is coming: the new crisis for refugees in Europe

“Record numbers of migrants and refugees crossed the Mediterranean to Europe in October – just in time for the advent of winter, which is already threatening to expose thousands to harsh conditions. 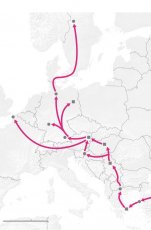 The latest UN figures, which showed 218,000 made the perilous Mediterranean crossing last month, confirm fears that the end of summer has not stemmed the flow of refugees as has been the pattern in previous years, partly because of the sheer desperation of those fleeing an escalating war in Syria and other conflicts.
The huge numbers of people arriving at the same time as winter is raising fears of a new humanitarian crisis within Europe’s borders. Cold weather is coming to Europe at greater speed than its leadership’s ability to make critical decisions. Asummit of EU and Balkan states last week agreed some measures for extra policing and shelter for 100,000 people.

But an estimated 700,000 refugees and migrants, have arrived in Europe this year along unofficial and dangerous land and sea routes, from Syria, Eritrea, Afghanistan, Iraq, north Africa and beyond. Tens of thousands, including the very young and the very old, find themselves trapped in the open as the skies darken and the first night frosts take hold. Hypothermia, pneumonia and opportunistic diseases are the main threats now, along with the growing desperation of refugees trying to save the lives of their families. …”